Bulldog head tremors or the Idiopathic Head Tremor Syndrome (IHTS) is one of the very the bulldogs suffer a great deal in terms of its health. Therefore if you want the rose, you must love her thorns too.

The word ‘idiopathic’ means unknown. The term attempts to indicate a sudden or spontaneous condition developed of whose the reason remains undiscovered. In bulldog head tremors or the idiopathic head tremor syndrome, making peace with this condition is of utmost importance to any dog owner.

The condition of bulldog head tremors has been linked (in human beings) to Parkinson’s disease. Bulldog Head tremors are seen most frequently (about six months to 3 years) in adolescent and middle-aged dogs.

Unfortunately, bulldogs are more resistant to it than other breeds. Boxers, Spaniels, Chow Chows, and Labradors are different dog breeds with considerable vulnerability.

Bulldog Head tremors are unrelated to several other indications, according to veterinary care experts. In different scenarios, some bulldogs have shown signs of other underlying diseases along with head tremors.

In bulldogs, what causes head tremors? Many suggested hypotheses regarding the cause of head tremors are: trauma to the head, epilepsy, and nervous system dysfunction. Some illnesses, however, also lead to head tremors. Those are canine distemper, calcium deficiency, cerebellum injury, hypoglycemia, kidney problems, and toxin ingestion. Studies have also indicated that stress may be a causal agent for this disorder.

A vast majority of dogs will encounter episodic tremor attacks. For weeks or hours, they could be symptom-free, and then the head-bobbing may return just as before. When the dog is busy with a task such as eating or playing, the bulldog head tremors often return to normal.

Out of many health-related issues, this specific condition is not typically life-threatening. It is much common than you think, and many dogs live with it just fine. Below mentioned are some facts that you, as a bulldog owner ought to know about the bulldog head tremors:

1. Even Though It May Seem, the Bulldog Head Tremors Are Not Painful To the Dog

Occasional bobbing of your bulldog’ head causes absolutely no harm to his or her physical or mental health whatsoever. In several instances, the dog is seen as conscious and even responds to commands.

The condition is autoimmune, and it will subside on its own in several weeks or months. You have to make sure your bulldog sleeps on its dedicated and comfortable mattress. Doing so will prevent any secondary damage caused by its surroundings. For example, the Friends Forever Orthopedic Dog Bed is a great option. 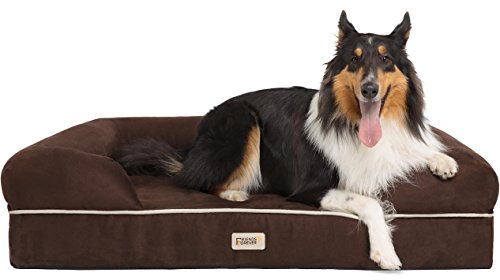 You can judge your dog’s condition as risky if it becomes unresponsive. Many times, unresponsiveness after an episode of bulldog head tremors leads to a severe case of seizure.

2. The Bulldog Head Tremors Can Stop By Distracting Your Lovely Pooch

Many people believe that low sugar levels in the blood are responsible for causing bulldog head tremors. As a result, they immediately feed their dogs, sugary foods, and drinks. This is merely a myth.

If your bulldog is conscious while their head is shaking, they can always be distracted using known commands or giving a toy of their choice. For example, you can say, ‘come one, buddy! Let’s go to the park!’ or ‘here is your favorite bone to chew.’

Alternatively, you can always distract them with savory treats such as the Rachael Ray Nutrish Soup Bones. It is not necessary to give them only sweet treats. 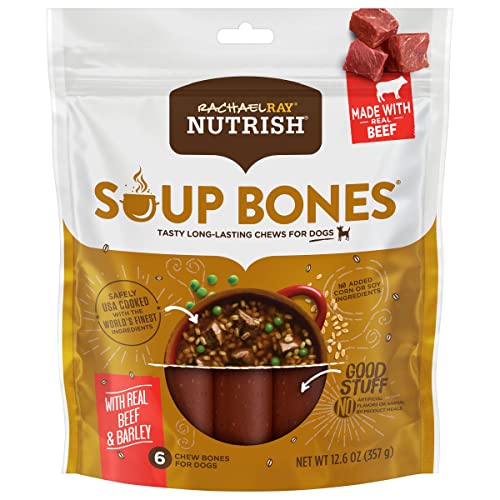 Since it is a condition and not a disease, there is no topical medicine or prescribed treatment for the bulldog head tremors. Since your bulldog’s life is not at risk due to these tremors, there is no need to worry about the future as well.

Just like passive smoking can harm our health, the negative vibes of stress can harm your bulldog when he or she is going through an episode. The mode of communication of dogs is remarkable! How they understand what is going on with us without any prescribed language.

If your dog can understand your love without knowing your words, the bottom line is it can also see if you are stressing about it. Therefore, if you panic during one of its episodes, it can deteriorate your dog’s condition.

Quite evident, if you know your bulldog’s family quite well, one of their parents in the present or the past struggles from the tremors, there is a strong likelihood that their puppy will get it. However, a majority of bulldog head tremors are noticed in English as well as French Bulldogs. My fluffy, too, have passed through this phase a couple of months ago.

There are the top five facts about bulldog head tremors. Working individuals can’t keep a watch on your dog(s). Consequently, you can develop paranoia if you are not around your bulldog for much time.

In such circumstances, you can always opt for a device that can alert you regarding your dog – 24 * 7. A great option is the Furbo Dog Camera. You can keep a real-time watch through such appliances and also make yourself heard to calm your dog when you are apart. A true boon!

Bulldog Head Tremors: When to Be Alarmed

The English bulldog of today holds hardly any similarity to his early ancestor. It is solely due to the interference of humans. Selective breeding has come at a high price for smashed ears, compact bodies, and bulky heads.

I have already mentioned that there is nothing to be scared of when your bulldog experiences head tremors. However, there can be some cases in which bulldog head tremors can be of quite a concern.

Head shaking usually includes the jaw and leg muscles due to advanced distemper virus cases and can be seen even when the bulldog is resting. Because of the vaccine’s advent and its inclusion into our canine pet’s health core vaccine collection, Distemper encephalomyelitis is unusual now.

Distemper Virus or Canine Distemper is a virus that damages the respiratory, gastrointestinal, and central nervous systems of puppies and dogs. It is an infectious and severe disease triggered by a virus.

Puppies and dogs most often become contaminated by an affected dog or wild animal through airborne access (through sneezing or coughing) to the virus.

All in all, a dog affected by the bulldog head tremors syndrome or the episodic tremor syndrome is seldom at any severe risk of life. However, providing your dog with an incredible amount of love, care, and vigilance helps them to go through the temporary phase with greater ease.