When the dogs earned the title of being man’s best friend, some breeds didn’t justify the title.

The list of breeds that didn’t justify the title included English bulldog too.

Consider at which age the English bulldog aggressive behavior comes out.

When the Bulldogs are young, they are teething because they chew everything around them, including their owner.

It may look like they have become aggressive towards you, but it is their natural behavior.

They might look tough, but they are very calm and affectionate. They can surely show aggression at any age if they are provoked or not treated correctly.

An English bulldog is a typically obedient pet, and they love the family they live with if trained and socialized properly.

They love being around children and play with them all the time.

However, when you don’t teach your dog discipline, they may develop aggressive behavior.

I am sure you have any questions regarding English bulldog aggressive behavior. I’ll try to fill you up with all I have.

What Are Reasons Behind English Bulldog Aggressive Behavior?

To know the reason behind the English bulldog aggressive behavior, you will have to look at the history of bulldogs.

The English bulldogs got their name by their original purpose of controlling the livestock at the butchers. They were also used to catch the cattle, horses, and boars for farming purposes.

Their nature needed to be aggressive and tough back then to do their work more effectively. If we look at it closely, the bulldogs have seen a lot of dark times.

They were also bred and used in barbaric and violent practices such as bull-baiting. Bull-baiting is a task where bulldogs were trained to pull the bull down by their nose. The task was completed only when the dog succeeded in pulling the bull down or was killed.

When we talk about modern English bulldog aggressive behavior, traces remain in them from their dark and rough history.

By this, you cannot prove that they have an aggressive behavior naturally.

On the other side, it is very important how you treat your bulldog. Just like other animals, if they are ill-treated, they can show aggressive behavior. It is their way of communicating certain stuff that they don’t like.

You cannot expect your bulldog to react patiently when he feels unsafe or under attack. It depends on you and all the other people who look after the dog.

Discipline is a very crucial aspect of bulldogs. The bulldogs must be taught proper discipline about their behavior. I once read this somewhere that there are no bad dogs, just bad owners.

It is true because your dog behaves what you have taught to them; if you teach your proper discipline while training, he will behave with everyone in a disciplined manner.

The bulldog aggressions are of several types and always look for some signs about aggressive behavior being built up. These are some different kind of dominant behaviors that the bulldogs may be showing:

The bulldogs may sometimes try to test you by disobeying you. They won’t obey anything you say and ignore. They are testing if they can be dominant over you and can become the head of the house.

When your English bulldog starts guarding certain areas of your home or their items, understand he is becoming aggressive. For example, once I told my English bulldog to get down from my bed, he suddenly started growling at me.

It was a clear sign that he was beginning to be aggressive. I also once took one of his favorite Outward Hound Hedgehogz squeaky toy and little did I know, again, he started growling. 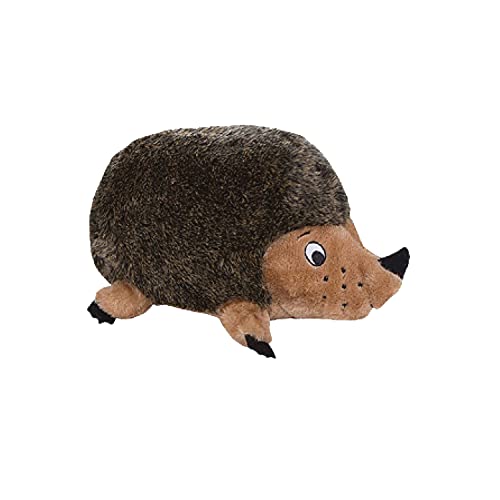 I have read many times that you should not stare into your dog’s eyes directly. They may find it intimidating. If you ever notice your bulldog staring at you, then understand that they are trying to force their dominance over you.

If you ever notice even a little aggression from the listed above, take that as a hint. It can be the beginning of English bulldog aggressive behavior.

It can also result in your dog attacking you, your friends, or even other dogs. So dominance can be one reason why bulldogs growl or show aggressive behavior towards other dogs.

In this discussion, there is always the other side of everything. There are also certain chances that your English bulldog aggressive behavior results from your bulldog intimidating himself.

Some bulldogs are friendly, extroverts and are comfortable with strangers too.

Other bulldogs have not been trained to socialize with other humans and dogs. They are shy and become serious around other pets.

It would help if you always talked to your dog every day. It creates a bond between you and them. Sometimes when owners don’t show attachment towards their dogs, they feel threatened and afraid.

They don’t know how to deal with other animals, and as a result, they can attack other dogs.

Some signs give us a hint that your bulldog is about to get aggressive and attack another dog. The behavioral signs and reactions are as follows:

How to Train Your English Bulldog to Be Obedient?

To prevent English bulldog aggressive behavior, you must teach them to be obedient at an early age.

The best way to train our dog to be obedient is to give him care and affection. Your bulldog will listen to you only if you make him feel good.

Firstly, start your training when your bulldog is a puppy. Observe his activities, and whenever he does bad behavior or disobeys, start nipping him.

If he gets aggressive about it, correct him right here. Don’t permit him to dominate you. If you see no change by nipping, try discipline.

The discipline actions that you take for him must be something like taking away his favorite toys for some time or keeping his toys at any timeout place in the house.

It will teach him the real meaning of discipline and the value of good behavior. Note his responses to these actions.

With all the responses you get, show your bulldog who is dominant. You can teach by small actions like walking, always letting him walk behind you or beside you. Never let him enter the door before you.

Make boundaries for him for everything, such as meals, playtime, walk time, sleep time, etc.

Never encourage your bulldog’s bad behavior. It gives them the wrong idea and can promote English bulldog aggressive behavior.

Always encourage him or reward him with some of his favorite dog treats or try Purina Dog Traning Treats over his good behavior. It will teach him the value of obedience and make him familiar with the house’s general rules. 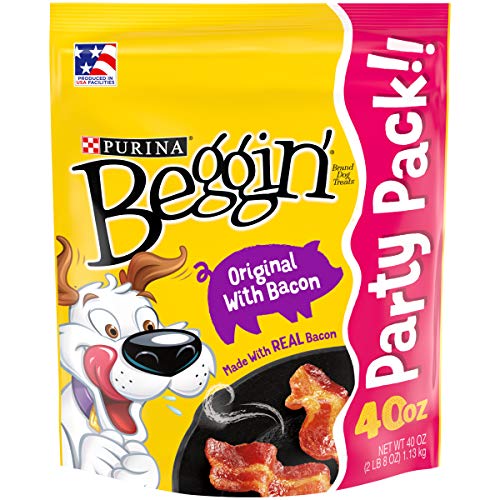 If you do not have the time and capacity to train your dog, I recommend putting your English bulldog into the local obedience school. Obedience schools are a great place for the dog as well as the owner.

There they teach your pets the importance of communication and create a bond between you and your pet dog.

The instructors present at the school are aware of every detail of the dogs. They are experts and understand why your bulldog is behaving in a certain way.

English bulldog aggressive behavior can be cured here very well. They also teach your dogs to be aware of who the owner is.

Before putting your bulldog into the obedience school, do proper research about them. You can have many options online and always read the reviews given by people who have already attended.

After doing this only, make a proper decision about which obedience school you must choose.

After doing all the necessary things, fit in your minds that never react to your English bulldog aggressive behavior with your aggressive behavior. It is the worst thing to do. It shows you approve of aggression in your house, which is not.

English bulldogs are very friendly and loving dogs. Train them all your love and care, and you will never see them being aggressive.

They will always react gently unless they feel attacked or threatened, which is common for any animal.

English Bulldogs are several of the friendliest, most loving family pets.

When they are liked and well educated, any type of propensity to firmly strike will be pushed out.

They will undoubtedly respond in harmony most of the time unless they feel endangered, which is all-natural for any living animal.