How Did Bulldogs Get Flat Noses? 4 Important Considerations

Ever wondered how did bulldogs get flat noses? The answer is, by chasing parked cars! Bulldogs have an appearance that makes people make innocent jokes.

Although their faces are a product of human-designed evolution, its peculiarity is still a matter of question to many.

The droopy cheeks, the squishy belly, and the spiraled tail can make anyone go ‘Awww.’ After all, even if they are not cute according to the worldly parameters, they have made it to the list of top 5 dog breeds, according to the American Kennel Club.

To find the answer, why or how did bulldogs get flat noses, we need to dive into some history.

Bulldog’s origins, also known as English or British Bulldog, date back to the 5th century in England. It was a period when the dog was bred for combat purposes only.

They are the products of the battle Mastiffs, introduced by the Romans to Britain. Their first and foremost use was bull-baiting, a rough, bloody sport involving the bull’s battle and the bulldog against one another.

This sport was banned for good in 1835. Consequently, this move prompted the breeders to alter the dog’s biology to get a less hostile, friendly dog that we know and love today.

Nowadays, the Bulldogs mimic their ancestors, the battle Mastiffs, somewhat. Today, they are notably smaller, less enthusiastic, and less violent! They have been evolved to the size of the teacups nowadays!

Their livestock herding instinct, which made great use of catching horses, goats, boars, and other important agricultural employment, was another useful skill. It lent a great deal of support to their owners.

Also, because of their caring temperament, bulldogs are bred more as family dogs. A majority of the population desires them as they no longer possess the same ferocity and hostility.

People pamper bulldogs in many ways. For example, my ‘Fluffy’ cannot live without his Furhaven Pet – Plush Orthopedic Sofa, even when we travel. 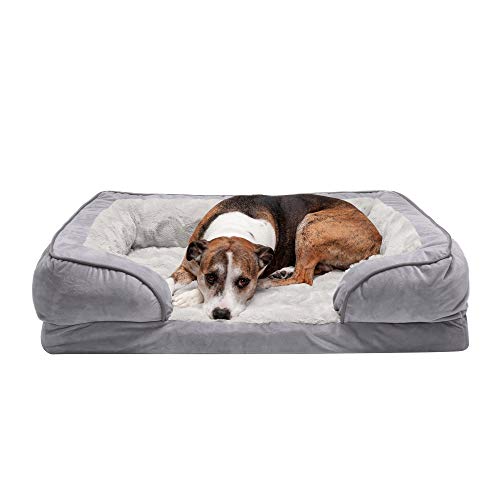 How do Bulldogs Get Flat Noses – The Purpose

Why do you think a flat nose would be of any use? Imagine a set of nose pliers with needles. They’re great for specifically pulling stuff up. Long, slim things specifically.

Imagine now, flat pliers on your nose. They are much thicker than nose pliers with needles. Flat nose pliers can hold on to stuff, and they can pull much harder with any muscle behind them than needle-nose pliers.

And it is like that with the bulldog. Bulldogs have a flat nose and a short jaw toclamp down and to pull the muscle (and the rest of their body) in the jaw.

Hence, the bulldog was conditioned for proper clenching and taking down the bull.

How did bulldogs get flat noses – The ‘Molosser’ Attributes

The physical attributes of the bulldog is similar to other dogs. For example, a Mastiff or a Pug shares a striking resemblance with a bulldog.

These types of dogs belong to the Molasses Dog Group. Molosser is a group of dogs noted for possessing big, powerfully developed dog breeds of the same common ancestor.

When their whiskers and necks are very short, their bones are dense, while their ears are non-erect. This group’s name derives from Molossia, a region in ancient Epirus, and King Molossus, the Trojan War grandchild of Achilles, who ruled the old battle.

Molossian Epirus People named these shepherd dogs Molossus. These lands are currently scattered across Greece and Albania; hence, the exact origin of the Molosser has not yet been identified.

Molossers are credited with having traveled to places like Asia with their masters. There, they were further bred to withstand the various climates and the overall atmosphere.

Afterward, these dogs were often crossbred with other local dogs, and different Molossers developed because of the effects. Those with shorter coats or different colored coats while their height, short muzzles, and large heads were retained.

Some types of Molosser are used for purposes of search and rescue, others as guard dogs or guardians of cattle, and as carriage dogs.

The Brachycephalic Breed: How did Bulldogs Get Flat Noses?

Bulldogs have flat noses because they have a flat squished face in general. The dog breeds with such conditioned features are known as Brachycephalic.

Scientists discovered a mutated gene producing the flattened face and shorter nose. The gene is known as SMOC2. This mutation is observed in points with flat faces and short noses. This condition also causes several ailments.

One of the diseases caused is called Brachycephalic Airway Syndrome.

Some of the upper airway defects that develop in this syndrome are:

Over time, breeders continued to pick the flatter-faced dogs to propagate, and we have the famous English bulldog we have today.

Bulldogs are a brachycephalic breed, used to describe flat-faced dogs. This is assumed by veterinarians and experts to be due to a genetic mutation.

Bulldog breeders used stringent breeding methods and, since the flat face was common, selected dogs were bred with this specific mutation.

This condition affects the way they develop the bones in their skulls. As a consequence, their skull shape is wide and small.

Being a brachycephalic breed has its own set of advantages and disadvantages:

Advantages of Flat Noses in the past:

We all know that flat noses will provide various health issues for the bulldog and other short-nosed dogs. This was quite the benefit for them, though, in the bulldog bull-baiting times.

We need a brief background now. It was common in the 18th century that baiting strengthened the bull’s meat, but it was often done for fun.

Sounds Vindictive? For both species, that was it. When the Cruelty to Animals Act was enforced, these practices were stopped for good.

Could anyone picture a 50-80 pound Bulldog getting a big mighty bull down?  Honestly, I have difficulty believing, even with all its might, how the bulldog managed it. It’s simply a reminder of how strong the bulldog is.

However, when bull-baiting was banned, the dogs were taken home as pets by several butchers. It eventually seemed as if the bulldog breed would die out, but they were bred to be adorable companion pets, thanks to selective genetic engineering.

Disadvantages Caused by Flat Noses in the Present:

Due to the nature of their jobs, bulldogs had certain adapted features in the past. Their purpose was altered over time, but features were not designed exactly how they should have been.

Consequently, bulldogs and many other dog breeds that come under the brachycephalic group have become self-timed bombs. That means, even if any external injuries do not harm these, the exact composition of their structure is harmful enough already.

These dogs have delicate palates, nasal cartilage, and tongues that are uneven. The airway openings are small and can cause pulmonary impairment. Scenarios where they do not catch their breath present a hazard to these breeds of dogs.

This puts them at a greater risk of eye injury. Their eyelids cannot close properly, causing their eyes to become irritated and sore. The Bulldogs and many other breeds are at risk that their eyes will pop out of the socket.

The skin’s deep folds could lead to water retention that could allow yeast and bacteria to flourish. The bacteria will feed on the bodily fluids accumulated in the skin of your dog.

Their skin folds provide an ideal bacteria breeding climate. Besides, these microscopic organisms may generate substances that can cause infections and discomfort.

If you don’t regularly clean your dog, they might get a bacterial infection. For your dog, these infections are unpleasant and annoying.

If you are a brachycephalic dog owner or are considering owning one, make sure you keep your dog’s skin folds healthy and clear of unnecessary moisture. A great recommendation for cleaning your bulldogs’ wrinkles is the Squishface Wrinkle Paste. 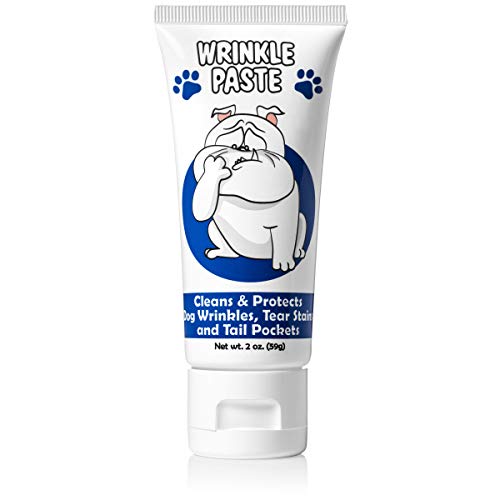 Conclusion – How Did Bulldogs Get Flat Noses

Thus, a bulldog’s physical attributes cannot be transformed now, but knowing the whys and hows make is us develop an image of this ferocious breed’s glorious past.

Taking care and giving love to young as well as ailing bulldogs is of utmost importance.

After a detailed research I decided to draft this blog on – how did bulldogs get flat noses. I hope you find it useful.