To pick the gender of bulldog which may suit you the best, you first need to list out particulars in a Male vs. Female French bulldogs format. In which, I will help you to ascertain each of its qualities.

In addition to that, various other factors, such as the breeder or color, are often considered by people.

As I mentioned, to help you further choose between male vs. female French bulldogs, I have mentioned certain criteria that will narrow down your search.

Some of you will have a hard time identifying if the right companion for you and your family would be a male or female French bulldog.

And the most important thing to note is that a French bulldog’s personality depends very little on his background and gender.

Before falling into particulars to select our favorable male vs. female French bulldogs, let us first get to know what a French bulldog is like. The French bulldog has always been an easygoing city dog, going back to the early 1800s.

Toy Bulldogs in the city of Nottingham, England, were the favorite companion pets for lace workers.

When these women were compelled by the Industrial Revolution to immigrate to France, they undoubtedly took their furry friends along.

The French bulldog soon bred with terriers and pugs. In no time, they became popular among Parisians.

Their popularity made them frequently be seen in butcher shops, cafes, and Parisian streetwalkers who regularly accompany it.

It’s not unexpected with an origin story that the French bulldog will exude the same seamless confidence and playful ebullience for life as their ancestors.

The cuteness of these little pooches with their bat-shaped ears is surely hard to deny. It is also a well-known fact that they make wonderful pets because of their jovial, flexible personalities.

How Much Do They Cost? | Male vs. Female French Bulldogs

Depending on racial lines, location, color, and other variables, the French bulldog price varies. You may consider paying around $1,500 to $3,000 on average.

The price of French Bulldogs is even higher for dogs with a good breeding history. Prices will range from $5,500-$10,000 for top-quality puppies with excellent race lines. These pooches require special care. Using the Pet Magasin Reusable Washable Dog Diapers helps a lot. 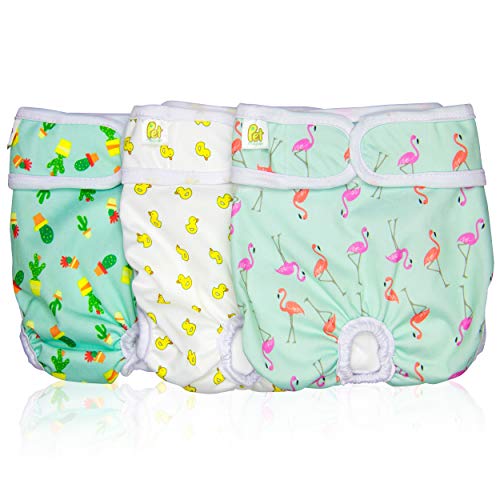 If buying one is out of the question, you can foster a French bulldog for a lot less money. Usually, pet adoption ranges from $350-$550 and requires vaccines and registrations. You are also offering a home to a dog that needs one, along with cost reductions.

Usually, the distinction between male and female French Bulldogs is in their looks. Males normally have larger heads and look stronger and more intimidating (although females have looked as intimidating as most of the males).

The male French bulldog will weigh an average of 2-4 pounds more than their female peers. Female French Bulldogs appear to be a little more svelte and delicate, but I’ve seen a majority of these ladies grow faster than their brothers.

In choosing from Male vs. Female French bulldogs, some like heavy and aggressive, others like tiny and dainty, it is a matter of individual choice.

Nonetheless, there are some noticeable physical variations between female and male French Bulldogs that can influence your decision to adopt one. The appearance of the genitals is one of the most apparent distinctions between the two.

Unneutered males have very clearly visible genitals that can make certain dogs self-conscious or humiliated when the bulldog licks and becomes noticeably aroused.

For many pet owners, the appearance of highly visible genitals in male dogs is quite a deal-breaker. Some pet owners also do not like the fact that their male French bulldogs often hump the furniture.

On top of it, they sometimes also tend to hump their owners and also visitors. On the other hand, females are not prone to this conduct.

The female genitals of the French Bulldogs are much less visible.  The only visible change here is that a female French bulldog’s nipples become visible after they have mated.

In this section, there are no pros or cons. Both have their own set of peculiarities when it comes to choosing from Male vs. Female French bulldogs.

Each dog should still have a distinct personality within every breed. However, in French Bulldogs, there are a few variations between male and female characteristics.

Male French tend to be “rebellious energetic and proactive,” while women tend to be “a little more reserved, but extremely more affectionate.”

Additionally, female French Bulldogs are always the more obedient of the two, and males take longer to be house trained.

Female French Bulldogs can be a little childish as well. If forced beyond their limits, they are fast to strike and can be’ more temperamental in their early youth.’ Over time, they appear to outgrow this too.

See also  What Were Bulldogs Bred For? 8 Points to Help You Learn Better

Males can exhibit the same habits, similar to female French Bulldogs, but they can be changed with appropriate training. However, in terms of aggressiveness, females are the dominant sex in the battle of male vs. female French bulldogs.

On the other side, if you’re thinking about running around the yard and play with a nice mate, a male is likely to suit you better.

Bear in mind at the end of the day, and every pattern does not manifest itself in your dog regardless of race or sex, as temperament. Other factors mostly determine its characteristics:  how each dog is educated, how much extensive training the dog goes through, how they were born, and genetics.

Pretty much across the board, both male and female French dogs appear to be cheerful, sociable, and submissive. They’re easy to train and very faithful. Though they do like to bite a little, French Bulldogs aren’t very violent by nature.

The significant thing to note is that the best pets are made by neutered and spayed French bulldogs. They will have fewer health concerns and will not have any of the irritating habits.

Some of the annoyances displayed by intact males and females are:  marking territories, humping the leg of your neighbor, soiling the rug, getting major mood swings, becoming a risk of flight.

Overall, there are very distinct learning styles and abilities for female and male dogs. Know that training a female French bulldog will be much smoother because female dogs mature at an earlier age.

It would be easier to train both the French bulldog male and female if they should be spayed or neutered, either way. Spaying or neutering your new pet will make sure they are less prone to grumpiness and aggressive behavior.

Non-neutered Males are also more dominant and high-spirited, for example. If there are any, they can try to overpower other small dogs as well as their humans.

If you think about male vs. female French bulldogs from the training perspective, the latter is more friendly and submissive to be trained.

Most of the time, environmental factors and inheritance can affect and ascertain the temperament of a dog. But the truth is, every dog is an individual and can therefore display characteristics of their own. It’s a bit difficult to generalize.

The early years of your dog’s life, however, are the best time to train them. It will help them drop any possible aggressive characteristics and mold them to be well-adjusted.

However,   anything that you neglect without resolving will later become a concern. Especially in a French bulldog, its aggressive habits will exhaust you and stress your dog out as well.

The French bulldog has a fairly uniform temperament and is almost always possibly the best-behaved. They’re friendly, compassionate, fun, and caring.

If you are confused about choosing between the genders, I have a suggestion. Why not buy both of them?

I may sound impractical here due to budget constraints, but if you have enough time and resources to get both of them, you definitely should!

It isn’t easy to choose between the male and the female Frenchie because they are very similar.

Two is still better than one, and it’s a wonderful idea, and here’s why:

If you get a heterosexual couple of french bulldog instead of choosing one from a ‘male vs. female French bulldogs‘ comparison,

– They could be left alone for long and will enjoy each other’s company, and this will decrease the fear of separation.

– Imagine how cute they would look while the twin on these Kuoser British Style Plaid Dog Winter Coat! 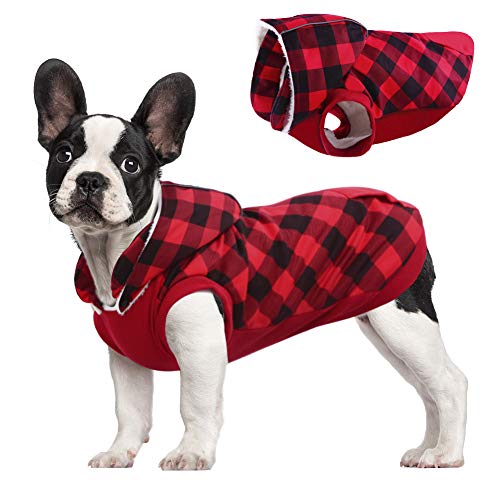 – They’re going to help keep each other fit with their shenanigans and get quite a bit of exercise.

– They are social beings and will prosper better with the company.

– They can even share their toys, such as the BIUBIIU Puppy Teething Toys. 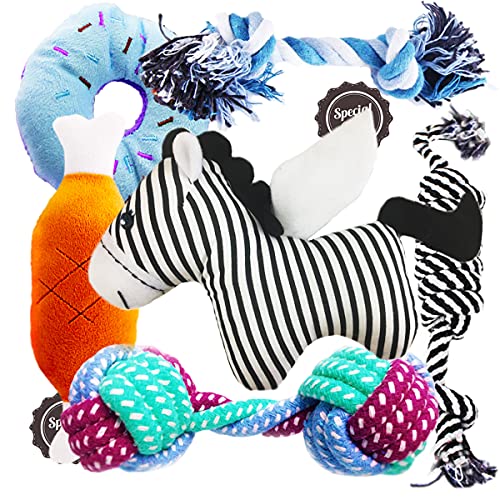 – When the time comes for getting them neutered or spayed, you wouldn’t have to extend your search.

– In their adulthood, you may witness having cute little puppies all around!

Both the sexes have their pros and cons, but getting either or both of them has pros and pros! Dogs make your life much better, trust me.