What Were French Bulldogs Bred For? Best Guide 2020

What Were French Bulldogs Bred For? – You will be surprised to know this

Usually, when you think of a Bulldog, the first image that comes to the mind is that of a big, fierce, not so cute little Frenchie.

While French Bulldogs are fierce in their own little way, they are a far cry from their bull-baiting ancestors.

So, when I adopted Fluffy, the first question that came to my mind was: What were French Bulldogs bred for originally?

Since I was very curious and concerned about my little pal, I decided to consult with a vet and ask him this question.

The job of French Bulldogs was to work as lapdogs for lace workers in Nottingham, England in the 1800s. When the lace workers immigrated to France to find jobs, they decided to bring along their companions with them.

The amazing thing about French Bulldogs is that these furry pals have the English Bulldog’s adorable looks.

However, they have a somewhat less stubborn attitude. French Bulldogs are great for urban apartment living, just like my Fluffy.

I make it a point to serve delicious Natural Balance dry dog food to keep him healthy and fit. 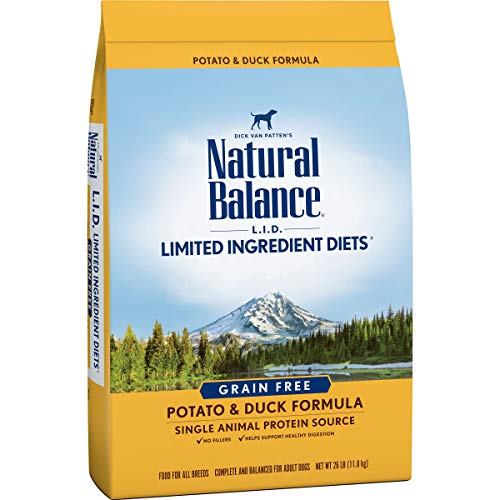 Buy Now Form Amazon
We earn a commission if you click this link and make a purchase at no additional cost to you.

French Bulldogs are considered to be one of the world’s greatest family dogs.

To get comprehensive information about French bulldog, click here. It consists of startling facts about our popular fur friend.

French Bulldogs are renowned for their laid-back attitude and distinct bat-like ears.

The bulldog that we are aware of now has an uncanny resemblance with the tall, swift ancestor of yesteryears.

The Old English Bulldog was an athletic dog breed that came into popularity in the 18th century during the rule of Queen Ann.

During that time, a ridiculously bloody sport called “bull-baiting” was at its popularity. In that sport, a bull was pitted against a dog.

The objective of the game for the dog was to immobilize the bull without being hurt by its nasty horns first.

You can compare it with the popular Spanish bullfighting that we see now. However, in those times, instead of a matador with a sword, there was a dog.

The bull was chained to a post and allowed to get a space of thirty feet for a rampage.

Prior to the fight, the bull’s nose was pumped with pepper to enrage him. Then the dog was released, and the fight began.

In case the dog was able to chomp the bull hard enough to incapacitate him, the dog was declared a winner.

However, if the bull got hold of the dog then…well just imagine the doggy’s poor sight.

A fearsome competitor, to say the least. Then an important niche suddenly crept up. There was such a dog that could gnaw the ankles off a bull without getting sliced open first?

It was a critical question on which lay the survival of western civilization.

However, breeders came up with an answer: the Old English Bulldog.

It had the same tenacity and stubbornness that you can associate with the modern bulldog. However, it lounged on the couch pretty less.

Instead, the doggy preferred to run in open fields and biting bulls. Quite a sight, isn’t it?

In the year 1835, the British Parliament passed the cruelty to animals act that forfeited the barbaric sport. Although it was outlawed, the sport lingered for a few years. However, at the same time, another cruel and bloody sport came into existence…..The Dog Fighting.

Dogfighting had a prominent role in the creation of the modern English Bulldog.

They purposefully bred the dog lower on the ground and gave it an exaggerated underbite and a mean attitude.

The dog maintained its title as the champion bullfighter and proved to be a worthy competitor in the dogfighting arena.

The Cruelty to Animals Act of 1835 brought about an end to popular dogfighting sports too.

The bulldog was left with no worthy opponent to fight and was seemingly finished as a breed.

However, it was the dog breeder, Bill George, who promoted the dog as a pet. By the end of the 19th century, the bulldog was quite popular amongst Nottingham’s lace artisans.

How French Bulldog Came into Existence?

The bulldog was left unemployed thanks to the end of dogfighting and bull-baiting.

However, luckily, at the beginning of the 19th century, Bulldogs were bred as companion breeds.

It was roughly 1850 when bulldogs crossed with terriers and other breeds, reducing their size and creating efficient “rattling” dogs.

During that time, the popular toy bulldog came into existence. It has gone extinct now.

However, How Did the Bulldog Make It to France?

As the industrial revolution started to gain momentum, many workers lost their jobs.

English lace workers migrated to Normandy France to get some work, and they brought their miniature bulldogs along with them.

The miniature bulldog gained popularity in France. It was sought by Partisan aristocrats and Bourgeois alike.

It was during this time when the miniature bulldog was continuously bred with terriers to reduce their size.

This is how the distinct features that we see in French Bulldogs came into prominence.

The French bulldog was not quite similar to its large muscular bullfighting ancestors.

Instead of powerful legs and protruding jaw, the French bulldog had a flat face, was much smaller in size, and had short legs close to the ground.

The French bulldog was utilized as a companion dog. It was also employed as a ratter to aid in keeping homes free from rats and other vermin.

It became a popular breed owned by people from all walks of life.

Not only famous artists and politicians, but also butchers, carpenters, and shopkeepers owned the French bulldog.

Today, we use the French bulldog the same way. It is often used as a lap dog. It engages in little vermin hunting or bullfighting.

The French bulldog is a very relaxed breed that enjoys playing tug-of-war.

The French bulldog has a fascinating history. Today the dog has become quite a popular family breed.

The American Bulldog descended from bulldogs originally bought over by English and Welsh migrants into the US territory in the 18th century.

The dog became a popular breed in the American south as a farmworker and was employed to hunt wild hogs that were seen in that region.

Near World War II, the breed lost its popularity and was on the verge of extinction. Until a renewed interest brought about a revival of the species.

Today we see the American Bulldog has an uncanny resemblance to his English cousin. The dog’s legs are much longer, and his jaws protrude less.

He usually has white and brown fur. This dog breed is used as a working dog.

What is The Temperament of a French Bulldog?

French Bulldogs are well-known for their laid-back attitude.

They have very little animosity, which their ancestors had, although they can be very stubborn.

The French bulldog has been raised for centuries as a lap dog.

However, they cannot be used as working dogs and instead love to lie down around the couch for the good part of the day.

They are quite good with children. In fact, you will be surprised to know that they take a lot of abuse from tiny toddler hands than most dogs are willing to put up with.

They are considered to be one of the best family dogs.

There is a slight difference in their size and jaw structure.

Both French Bulldogs and English Bulldogs are considered to be two distinct breeds.

They share a common lineage; however, they have been separate and distinct breeds for roughly a century.

Everything I recommend in this article

Buy Now Form Amazon
We earn a commission if you click this link and make a purchase at no additional cost to you.

The French Bulldog history is made up of fascinating twists and turns, which has laid the foundation for the breed’s popularity roughly 200 years ago.

French Bulldogs continue to rise in popularity each passing day from the humble roots of being a toy version of a bulldog to their Instagram-ruling personas.

So in case you are wondering what were French Bulldogs bred for, the answer is right here in this write-up.

Collect all the knowledge that you can possible get before you adopt a new French Bulldog.

Who knows, this information might come in handy while living with one.

If you have any questions about French Bulldog breeding, simply comment below, and we’d love to respond to your queries.

What Are The Most Popular 5 French Bulldogs Name in Movies?

Dog lovers will have more than enough gift ideas for dog lovers. From toys to treats, dog treats are a big hit with dogs!

High-Quality Dog Toys, 3 Best Tips for Marketing Your Own Line of Safe

3 Tips for Marketing Your Own Line of Safe, High-Quality Dog Toys, Check it out here at Dogfluffy.com

we’ve assembled a checklist for new adopters to help make the transition as smooth as possible. Because embracing a brand-new family pet features a great deal of modification for both animal and pet dog parents.