Do you ever wonder when do Bulldogs heads grow? I got my own English bulldog, and since then, I was very curious about it.

Yes, I own an English bulldog named Fluffy.

A bulldog doesn’t take a lot of time to grow. They just boost from a small puppy to a fully-grown dog in almost a year.

Now you may ask when do bulldogs heads grow? The bulldogs grow very rapidly.

Normally, they reach their shoulder height within 4-5 months. Then they come to the stage when they are long lanky, just like a preteen child.

But after that, their body widens, their head, chest, and shoulders start to build when they are nine months old.

They keep growing until they are 3 – 4 years old. Also, a male bulldog will have a larger head than the female bulldog.

More Information About When Do Bulldogs Heads Grow?

Now we have read about when the bulldog’s heads grow, let’s read about how the heads look.

The bulldogs should have a very large and huge skull and in circumference.

The skull must be in front of the ears and should at least measure the dog’s height around the shoulders.

Bulldogs appear to be very broad and square. They should have a flat forehead, neither rounded nor domed.

When watching the bulldog from the side, the head of the bulldog must appear to be high. And the head appears to be short from the point of the nose to the back of the head.

Let’s look more for your boosting bulldog. Besides having the question of when bulldogs heads grow, you might also wonder, should I get a male or a female bulldog? Or should I get both? Both genders are different in various aspects.

Read on to solve your confusion.

English bulldogs, when fully grown, have a very sturdy look. They are strongly built and give an impression of a fighter dog.

They have a massive large head, chest and have a short height.

They have wrinkles on their face. The English bulldog’s heads and bodies differ in males and females.

Although bulldogs give an impression of fighter dogs, they are very kind and sweet.

Bulldogs are very nice around children, so they are more of a family pet.

They love to be around the house and play with their child companions. Both male and female bulldogs look a little different.

Let’s have a closer look at the male and female bulldogs. I am sure you want to know more other than when do bulldogs heads grow.

Sometimes it can be very tough to decide which gender dog to have. When I got my dog Fluffy, I was in a dilemma just like you.

So I decided to learn and compare both and then choose one for me. Some people also consider getting couples, but I wanted only one.

The male and female bulldogs have a significant difference in their size and temperament.

Some people think that male bulldogs are grumpier, and the female ones are territorial. But one thing I’m sure of is that both are stubborn.

There are many more parameters that may help you make a proper decision.

I will look at their sizes, growth, and other things. You may also have some new questions about getting a bulldog, but I’ll make sure you get all your answers.

The questions like, what size will be my male bulldog?

When do bulldogs heads grow?

Or is my female bulldog behaving correctly? May arise.

The female English bulldog weighs around 16.1 lbs to 19.8 lbs when they are 3 months old.

When the English bulldog female grows up to be 6 months, she weighs on average between 29.6 lbs (for small ones) and 36.8 lbs (for largest ones).

At 1 year, they become around 38.5 lbs to 49.2 lbs. The female English bulldogs stop growing when they are 16 months old.

The heads of the female bulldogs are slightly smaller than that of males.

Here comes the answer to the question; when do bulldogs heads grow, and how much they can grow.

Getting a female English bulldog is sometimes fun from my point of view.

One of my friends got a female bulldog, so I groomed her by using different stuff.

I got a floral collar for her and a pink sweater that suited her so well.

Buy Now
We earn a commission if you click this link and make a purchase at no additional cost to you.
Fluffy Pick
Fashion Focus On Pet Dog Clothes Knitwear Dog Sweater
$7.99 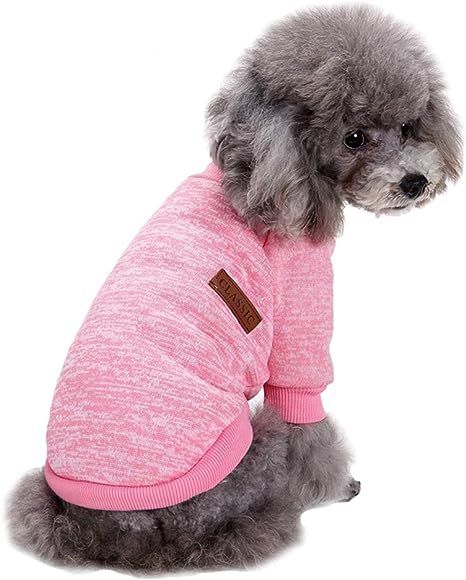 Her collar and sweater matched, and I took a lot of pictures of her.

The male English bulldogs should weigh about 19.8 lbs to 21.3 lbs when they reach 3 months.

After they grow up to 6 months old, the male bulldogs weigh around 36.8 lbs (for small individuals) to 39.6 lbs (for large individuals).

The male bulldogs also end the growth of their body when they become 16 months old. The male English bulldogs’ height is between 10 to 15 inches, similar to the female bulldog only.

Now again, come back to our real question: When do the bulldog’s heads grow, and how much they grow?

The head of the male bulldogs is larger than the female ones.

You can also get cool accessories and clothes for your male bulldogs. I got my bulldog Fluffy a stylish reversible vest, which was waterproof too. 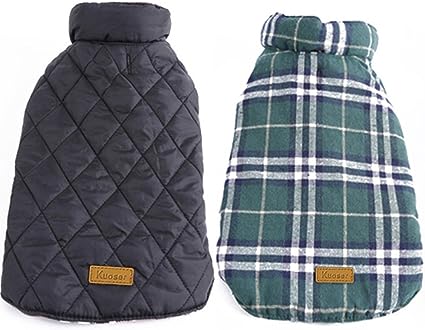 It was perfect for winters and looked amazing on him. You can also get a leather collar or a leash for your male studs. 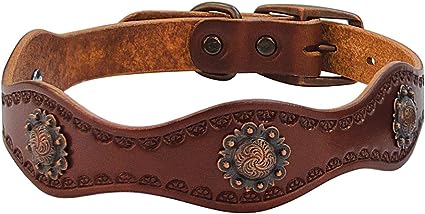 Do Male and Female English Bulldogs Have Different Temperament?

Most of the people have a perception that the male English bulldogs are aggressive than the female bulldogs.

But you may wonder, is that really the truth? Just like your former question about when do bulldogs heads grow?

So, some people believe that female bulldogs are relatively calm in the matter of temperament than the male bulldogs.

I believe that the truth is both the male bulldogs and the female bulldogs have their own distinct and unique personalities.

If you look at the maximum number of male and female bulldogs, there has been no significant difference between the males and the females.

The temperament of the dogs usually is based on the way the owners raise them.

If the owner raises his bulldog with love and care, the dog will also be lovable and have a calm nature.

The dog that socializes with the kids and other animals from an early age will not be aggressive when he grows up.

On the other hand, when you don’t raise your bulldog with love and compassion, their behavior is different.

The temperament of the dog may become violent too over a period of time. The owners must always keep this thing in mind.

The life expectancy of the dog you are getting matters a lot.

You would always wonder which one will live more. But the answer to your dilemma is the male and female bulldogs have an equal life expectancy.

Both the male and the female bulldogs have a life between 7 to 10 years. There is no differentiation in life expectancy.

Therefore, now you will have to look for other differences. The male and female bulldogs also have their own health issues sometimes.

According to their body and appearance, there are chances for them to catch some serious diseases.

You must always keep a check on your bulldogs to avoid any kind of illness.

The male and female bulldogs have the same level of energy. When they are middle, they are very energetic and love to play around throughout the day.

Once they become a little old, they tend to become slow and need rest. They sleep most of the day in their later life.

Hence, it brings us to the most crucial question. Which should I get? I really think that it depends on the person who is getting.

It is really important to know the purpose of getting a bulldog. Both the bulldogs, male and female, are amazing in their ways and so totally up to you which one to get.

This was my research on male and female bulldogs. Now you decide for yourself about getting a male or a female.

To Conclude | When Do Bulldogs Heads Grow?

I am pretty you found the answer to your question when do bulldogs heads grow?

They have massive heads, and so we are curious about them. The bulldogs are very fun-loving and laid back animals.

I hope all your confusion was solved and got all the information you were looking for.

Ready to get yourself an English bulldog now?

Recap | When Do Bulldogs Heads Grow?

Your dog is your best friend and constant companion. Follow along for 7 ways Make Your Dog Feel Special.

These are the 10 Most Common Chihuahua Health Problems that parents can expect throughout their furry friends lifetime.

How To Choose A Male Dog Names? 20 Most Popular