So are black French bulldogs real? The answer is a shocking ‘No.’

The Kennel Clubs do not accept the black color because a French bulldog can turn out the whole black in no natural way.

The black French bulldogs are engineered by dog designers to earn more money due to their rare color.

The primary reason why the Kennel Clubs do not accept the black French bulldog is that they are not natural.

The sole purpose of breeding a pure black French bulldog is to earn a lot of money out of it, which is not ethical at all.

The black color is not supposed to be the French bulldog breed’s natural colors list. Breeding more such kind of rare dogs can be a threat to the original bulldog breeds.

Most of the breeders that breed black French bulldog and similar breeds are not recognized. American Kennel Club and other Kennel Clubs around the world can ban these breeders anytime.

A statement was given by the French Bulldog Club of America, “A fad color is a coat color disqualified by the FBDCA/AKC French Bulldog Breed Standard.

These colors are also often referred to as rare colors. Those who intentionally breed disqualification (DQ) colors in French Bulldogs are motivated only to make money.

No responsible breeder would breed against their breed standard.”

The French bulldogs do have black genes, but those are inactive genes. This gene can be seen in the A-locus and is the A gene.

The Black gene is recessive, which means there are supposed to be two genes in A-locus and no involvement from the K-locus or any rest of the Locus for the French bulldog to be black. This is very unlikely.

However, this doesn’t mean that it cannot happen. But whenever it happens, the dogs come with many health issues due to their black color.

There is one another way through which black French bulldogs can be created. The breeders mix a French bulldog with a Pug that has dominant black genes.

Pugs mostly have a black color coat, though breeders breed more of fawn variation for some unknown reason. Obviously, the mixed breed cannot be called a French bulldog even though the test results say that it is 100% French bulldog.

These breeders can easily trick these tests. There are high chances that this mixed breed will inherit the health issues from both the breeds, and the brachycephalic issue can increase too.

The Truth Behind Black French Bulldogs

French bulldogs are very lovely dogs, so it is apparent that they are very famous. This exploitation of the breed is also a result of their popularity.

People love to have these popular dogs. They will opt for a rare version of the breed they want, just to brag about their dog.

People do not respect the originality of the particular breed. Whether you like it or not, these people cannot love their dogs truly.

There are many bad breeders in the market that experiment in breeding different versions. You may also know about the teacup dogs that are very famous all over.

These all result from the exploitation of the breeds by the bad breeders for the sake of making money. You should always educate yourself enough while buying one loving pet.

The Appearance of a Black French Bulldog

Black French bulldogs don’t have any other markings or even color traces on their body. Their fur is also pure black.

These black French bulldogs weigh around 25 to 27 lbs, and their height is about 11 to 12 inches when fully grown.

The Temperament of Black French Bulldogs

French bulldogs are said to be amiable dogs as they were first bred for being lapdogs. They tend to bark when excited.

Frenchies have a moderate energy level, so they do need a lot of exercises. You can still take them for walks and play some fun activities outside.

They are very alert when it comes to protection; they can make small watchdogs. They are very loyal to their owners and love being around them.

They can make perfect companion dogs due to their friendly nature. They love curling up around their owners and spend time with them.

French bulldogs are very intelligent breeds. You just need to stimulate them properly to learn new things; you can also use some toys and train them accordingly.

Socialization is vital at an earlier age for your dog to cope with any kind of aggressive behavior. Take your dogs to meet other dogs or other people and teach them to behave around strangers.

As you know, these bulldogs are susceptible. You have to take proper care of them from the very beginning.

They are prone to many health problems in their entire life. Just like other dogs, Frenchies also are affected by obesity very fast.

You, as an owner, need to look after every small thing of your little one. You should provide them the right nutritious food, which doesn’t cause any side effects.

If you fear your bulldog being obese, get a JASGOOD Dog Feeder Slow Eating Pet Bowl to limit their intake. This will keep your dog active for a long time too. 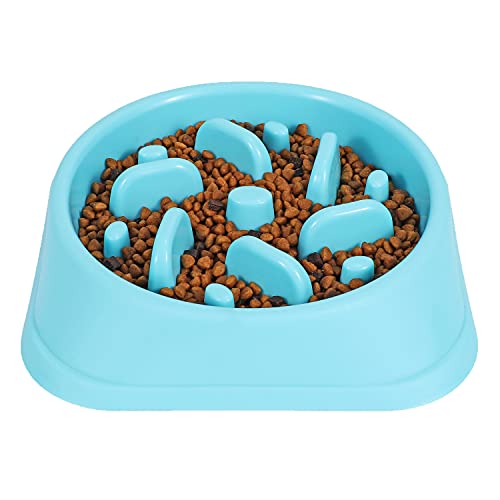 Though you bulldog wouldn’t like to exercise, take them for short walks around your house. Make them play certain games that have running and jumping.

This way, by playing such energetic games, you can keep them healthy and fit. Although, when the weather outside becomes hot and humid, you must not force them to play.

These bulldogs can suffer from breathing problems due to their short nose. You should also give them a proper amount of water throughout the day.

They can get tired very quickly, and so to avoid dehydration, water must be given in the maximum amount. French bulldogs always like to be in a cold environment due to this reason.

Your bulldog also needs proper grooming and cleaning from time to time. These dogs are prone to many allergies and infections, which makes cleaning very important.

There are many grooming kits available like oneisall Dog Shaver Clippers Low Noise Rechargeable Cordless Electric Quiet Hair Clippers Set for Dogs. These kits have all the tools that you need. 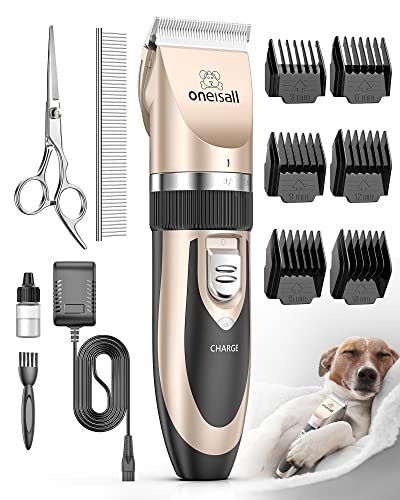 Brush your black French bulldog once or twice a week. You should also trim their nails regularly.

They can have several health issues, such as:

These are all significant issues that you must get tested with your vet regularly. Notice the changes in your bulldogs, if any.

These bulldogs are also prone to suffer from chondrodysplasia that affects the dogs’ spine, disc, and back. You have to make a proper health care routine to avoid all these problems.

Nobody can see their pets suffering from pain.

Pros and Cons of Owning a Black French Bulldog

Some Facts About Black French Bulldogs

They like going on short walks and enjoy their playtime fully.

Though their size is small, they make excellent watchdogs.

They are brachycephalic, so you need to take care that they get enough water and rest on hot and humid days.

You are required to have a lot of patience while training them. They are smart; they will learn but slowly.

Black French bulldogs cannot swim. You should keep a watch on your dog while they are around any pool or water bodies.

Though black French bulldogs are not real, they are very adorable pups. I have given all the information about them, so it’s your call whether to get them or not.