The mixed breed of a French bulldog and a Pitbull is also commonly known as American Staffordshire Terrier. If you want to know more about any mixed-breed dog, it is important to dig deep into their history. I have focused this article on giving you a better understanding of the past of French bulldog and Pitbull mix and their breeds.

French Bulldog and Pitbull Mix – Where Did They Come From?

The million-dollar question (hypothetically, of course!) is what you should expect from this crossbreed – what would be its temperament, color, size, etc. In the case of pure breeds, they take all these features from their parents but here, the past of both parents is varied, and hence it is difficult to elude what would they be like?

Here is what we know so far about their breeds:

The Bulldogs were characterized as a toy-sized dog, and they gained their popularity in England. During the industrial relocation to France, people took their dogs with them, and along came the “bulldog.”

They were initially crossed with breeds like Terriers and Pugs, and this is when they first developed popular bat ears. These dogs were welcomed by the city lifestyle of the new country.

Eventually, they made their way to the United States of America in the 19th century.

French Bulldog and Pitbull Mix – The Origin of Pitbulls

Pitbulls have a dark past, and unlike the French bulldogs, they were not always meant to be petted. They originated in England and were bred to fight the staked bulls.

Pitbulls were a result of a cross between Terriers and Bulldogs. They made their way to America in the mid-1800s, where they were bred to become larger and used as farm dogs.

This breed is known for its toughness and violent behavior.

How About the Appearance of French Bulldog and Pitbull Mix?

This question does not have a definite answer. They can look like either of the parent breeds have mixed features from both. It is interesting to observe that they do not have many similar traits.

Individually, the French bulldog is either white, cream, or fawn, whereas the Pitbull has different colors and patterns.

Now talking about their sizes and weight: the French bulldog ideally weighs under 28 pounds and has a height from 11 to 13 inches. The Pitbull has a larger body with a height between 17 to 19 inches and weighs between 40 to 70 pounds.

Therefore, the French Bulldog and Pitbull Mix have combined features of both. It has bat ears like the English bulldog, an oversized square head, and a short muzzle like a Pitbull.

French Bulldog and Pitbull Mix fall in the brachycephalic category and is prone to more health issues.

The Frenchie resembles a miniature version of the English Bulldog, but with the signature erect “bat ears.” Like their larger cousin, they have an oversized square head and an extremely
short muzzle, signifying being a brachycephalic dog.

The Temperament of the French Bulldog Pitbull Mix

Just like the physical features, the temperament of the French Bulldog and Pitbull Mix comes from its parent breeds. Therefore, it is essential to look at each breed individually.

French bulldogs are playful, loving, and loyal since they were bred to be home dogs. They also like to be the center of attraction and are amicable. Since they are pampered so much, they tend to
be stubborn at times.

Pitbulls had a violent past, but it does not show as much aggression. Well, not more than any other dog would! They can mix will people but need early training.

They were not bred to be friendly to other dogs, so you need to be careful when bringing them home that already has a dog from other breeds. It is also best not to leave them alone while other dogs are with them.

French Bulldog and Pitbull Mix can have qualities from either of these parent breeds and so you must keep a check on their growth and temperament patterns.

Pitbull and French bulldogs are smart breeds and can learn quickly. But stubbornness is something that requires to be
talked properly. Your training could go a different way if your French Bulldog and Pitbull Mix do not follow instructions.

Every dog responds to positive reinforcement, and the same is true with French Bulldog and Pitbull Mix. Treat them when they follow proper instructions.

As mentioned in the previous section, you must train them from an early age. This would help them to get used to people, other pets, and various environments. This way, you can train them to grow smart, calm, and compatible.

Pitbulls chew and dig when they are along, so check if your French Bulldog and Pitbull Mix show similar traits and train them accordingly. 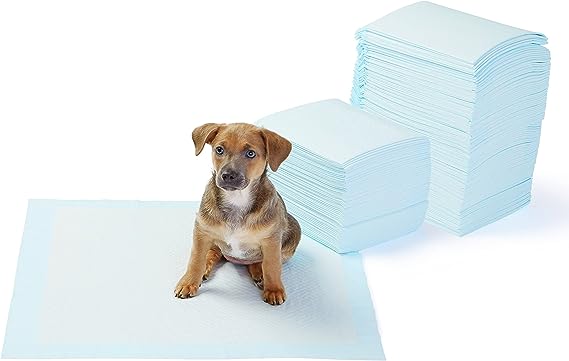 Individually both the breeds have opposite exercise requirements.

The French bulldog has a flat face and is prone to breathing problems. This means that you cannot put too much load of exercise into it. Short walks and little play session should be sufficient for such dogs.

Whereas the Pitbull is a strong dog that needs a good outdoor
exercise routine. This athletic dog needs longer sessions to keep fit and active.

Now, coming to the French Bulldog and Pitbull Mix – you need to analyze which features it takes from its parent breed and determine their exercise schedule accordingly. However, one notable thing is that they do well in canine sports.

I use Hyper Pet Flippy Flopper Frisbee to play with my Fluffy. It also gives me ample time to give him a good exercise. 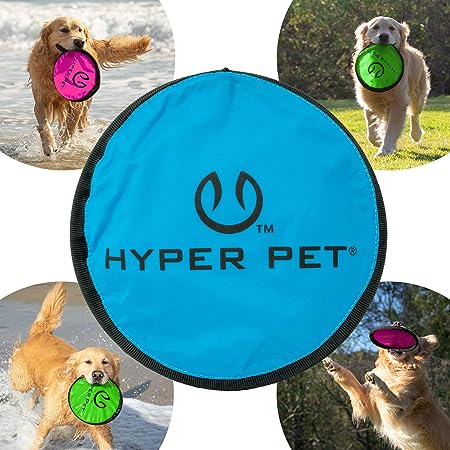 What About Their Health?

If we talk about French bulldog and Pitbulls individually, then the former ones are not as lucky in this department.

French bulldogs are brachycephalic, which makes them prone to
having difficulty in breathing. They are also known to develop eye problems like corneal ulcers and dental problems.

Moreover, they have chondrodystrophy, a form of dwarfism that
puts them in danger of intervertebral disc disease. It can be concerning since it could lead to nerve damage or even paralysis.  Additionally, it has a corkscrew tail that leads to back problems in this breed.

On the other hand, the Pitbull is a much healthier breed. However, they do have certain health concerns. You must get your Pitbull checked for any cardiac disease, thyroiditis, eye disease, dysplasia, or ataxia.

French bulldog and Pitbull mix do not have a long coat. Moreover, they have moderate shoulders, and so you can keep their body free
from dead hair by brushing.

Maintaining their hairs is pretty easy if you persistently take care of
them. This would keep their body clean and tidy.

They have short hair. So, compared to other dogs that have long hair, your French bulldog and Pitbull mix will not attract too much dirt or four smells. But this does not mean you should laze on bathing them.

Giving once a month bath is sufficient for French bulldog and Pitbull mix. But you need to keep a constant check for any smell, and if you find them stinky, then it’s probably not a bad idea to give a good bath
in between.

Humans and even animals are required to keep their ears and nails clean to hygienic. Ideally, grooming your French bulldog and Pitbull mix once every three months is sufficient.

You can either do this yourself or take them to a specialist groomer who can clean their ears, clip their nails, and trip hair if needed.

What About Their Shedding?

French bulldog and Pitbull mix shed more when the temperature is high and the weather is warm. Therefore, you might observe them
shedding more than usual during Spring.

One of the best ways to keep your furniture and beds clean is by brushing. During winters, you can remove the thick undercoat’s buildup by brushing. Eventually, these build up hair would fall off.

How Did Bulldogs Get Flat Noses? 4 Important Considerations

Please log in again. The login page will open in a new tab. After logging in you can close it and return to this page.