The European French bulldog is a domestic dog breed, known for their companionship.

This breed is the final result of a cross between toy bulldogs from England and locals in France, Paris, in the 1800s.

They are mainly compact, stocky dogs with a mild-mannered and friendly temperament.

The American French Bulldog, on the other hand, is a healthy breed with the best traits from two purebreds.

These dogs are mainly sweet in personality and quite friendly and affectionate. They are protective and loyal and known for having tons of energy.

After going through comprehensive research, I came across some of the best details to focus on.

You can Check this video for History of Bulldogs

European French bulldogs are a cute little breed with a height between 11 and 13 inches and weight under 28 pounds.

French bulldogs are known for their large ears, more like a bat, and even disposition. It is one of the most popular choices among small-dog breeders, dwelling in cities.

Also known as Frenchies, the dogs are alert, playful, irresistible, and completely adaptable to the surrounding environments.

They resemble a bulldog in its miniature version, except for large ears.

The head is square and large with heavy wrinkles above the short nose. The body is smooth with compact muscles and a perfect coat.

Frenchies don’t bark that much. However, they are pretty alert, which makes them excellent watchdogs.

They can easily adapt to life with families or singles and do not need extra outdoor exercise.

They can get well with most other pets and enjoy making new friends.

This is one hybrid dog, known for its sweet personality, friendly and affectionate nature.

They are protective and loyal in nature with amazing energy.

This dog needs a lot of exercise and would love to enjoy family games.

However, American French Bulldogs are quite difficult to train.

Owners must have enough perseverance and patience.

American French bulldogs are people’s dogs and go great with families. However, if left alone for too long, they can suffer from separation anxiety.

These dogs are mainly great with children and can work wonderfully to supervise them.

The primary purpose of getting an American bulldog is when you want a watchdog/ companion.

Before you finalize on European French bulldog vs American French bulldog, it is mandatory to know how to take care of these breeds. Once you are sure of them, it becomes easier to get the best dog of your choice.

A recognized breed for over 100 years, these dogs are known for their flat face. A preventive and informed health care strategy will always be the best to help your Frenchie avoid medical issues in the future. Please keep your dog on regular exercise, but don’t force him to perform physically demanding activities.

It is important if the dogs are less than two years of age.

Jumping exercises and movements on the staircase will swell up articulations, which can deform the puppy’s growth. Older dogs are not prone to such situations.

Remember to keep your European French bulldogs in tolerable climate conditions during winter and summer. This breed is not well suited for outdoor life much. They have short hair, which provides them very little protection from the cold breeze. They are even vulnerable to scorching summer heat. Even their flat faces will get them overheated if left outdoors in summer months for a long time.

Remember to feed your European Frenchie quality food daily. However, avoid giving him way too many table foods or treats. These dogs are susceptible to weight issues. So, it is always better to refuse human food completely. Try giving him an occasional treat or rawhide bone. But, these dogs are prone to diabetes and allergies. So, be very careful about what you are feeding your dogs with.

These dogs have a short and dense coat, which needs minimal grooming. Even though considered to be a moderate shedder, these dogs need weekly brushing to minimize that issue. For that, you must have a firm bristle brush.

American French bulldogs are mainly clean dogs. So, they need a bath occasionally when they have either rolled in mud or anything stinky. Remember to use mild soap with fewer chemicals while taking your American Frenchie for a bath.

While brushing your dog, look for a quick health check. Here, you need to observe if your dog has any skin conditions, lumps, or cuts. If you reside in an area where ticks and fleas live, use your grooming time to ensure that none has affected your dog.

I have seen many American French bulldog owners working on their pet’s eyes, teeth, toenails, and ears. These are the main areas to check to ensure they are healthy.

Make sure to teach your dog to accept brushing the teeth. It helps them later. As American bulldogs are pretty prone to diabetes, so taking care of their teeth is important to keep gum problems at bay.

Even if you are stuck with a choice of European French bulldog vs American French bulldog, it is hard to distinguish their behavioral issues as both of them exhibit the same temperament. These breeds show intense loyalty and devotion to their families.

So, they can unhesitatingly lay their lives for humans.

While learning about European French bulldog vs American French bulldog, you will realize that both these breeds are pretty energetic. So, they should always be taken for walks or must get indulged in games.

Frenchies are quite protective of their homes and will make perfect watchdogs.

French bulldogs, in general, don’t need many exercises, especially if they are young.

However, as they are prone to diabetes, it is better to take them out daily. It helps them to maintain a healthy weight.

Remember that French bulldogs do not handle heat well. So, the dog owners should monitor their pets on hot days to ensure they don’t overexert.

French bulldogs are rather easy to train, but sometimes can be stubborn.

Younger French bulldogs will enjoy jogging beside their humans.

Hybrid dogs need mental stimulation, or they can easily get bored and start getting mischievous. They are pretty active dogs. 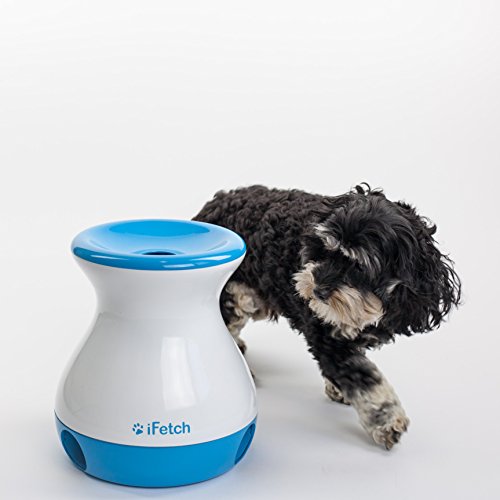 So, it becomes challenging to keep them in an apartment for too long unless they get chances to exercise indoors.

Even with exercises, keep a check on how long your dogs have been outside.

As they are people’s dogs, they start feeling anxious if left outside alone for too long. A house with a properly fenced yard is the best exercising spot for such breeds.

Whether your place is in town or located in a rural setting, the environment will easily suit your Frenchies.

They always prefer medium temperature, as extreme hot or cold results in distress.

What Can I Give My Dog For Bad Breath at Home?

Brushing your Frenchies daily will keep bad breaths at bay. Moreover, adding half a teaspoon of raw organic apple cider vinegar to your dog’s water bowl can also help the little one freshen up his breath.

Make sure to supplement your dog’s diet with probiotics for maintaining healthy oral bacteria.

The only difference lies with a slight change in facial structure, where the European French bulldogs have more wrinkles and a wide facial structure. American ones are super cute with smaller bone and jaw layout.

Otherwise, both these breeds share the same trait because they are different types of the same breed.

So, the basic traits, features, temperament, and characteristics will be hard to distinguish.

I have provided you with some of the basic points you need to focus on while taking care of your Frenchies. Remember those points, and you are good to go.